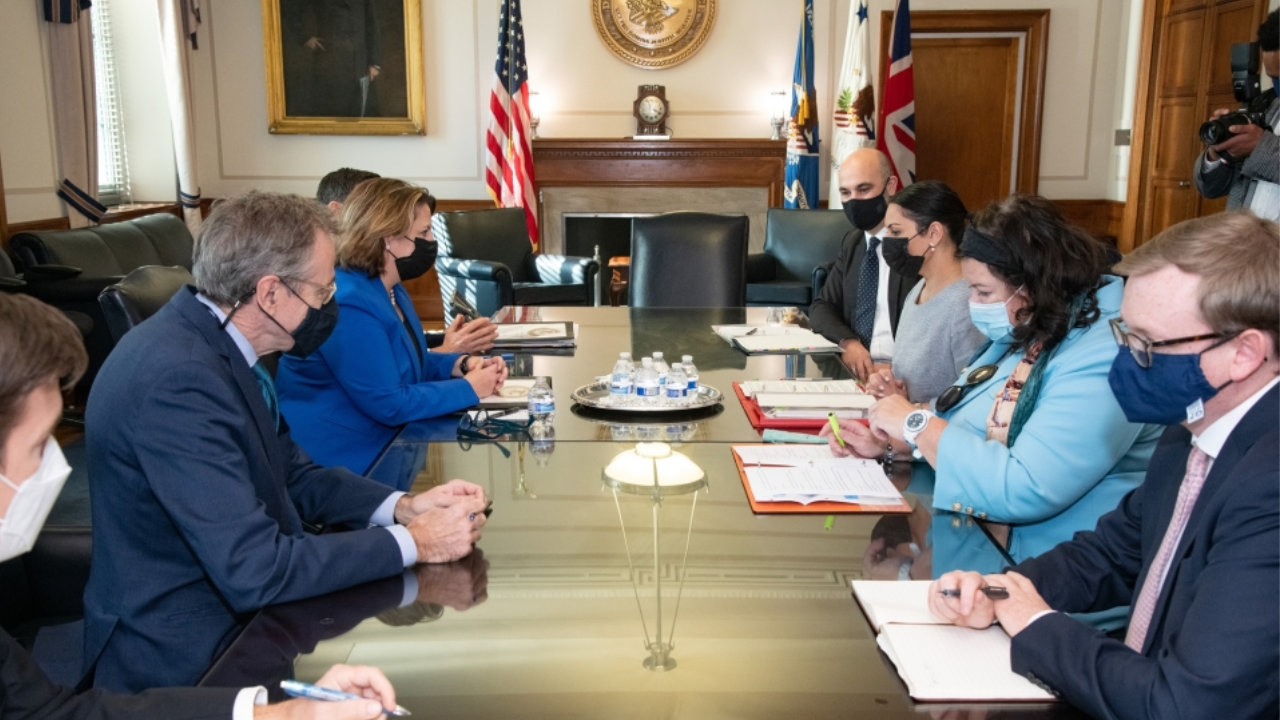 The U.S. and U.K. governments have “committed and agreed to heighten the focus on illicit use of cryptocurrency and ransomware,” the U.S. Department of Justice announced. According to the FBI, high crypto prices have partially made ransomware “incredibly lucrative for the criminals.”

Governments Collaborate to Focus on Illicit Use of Crypto​

“In their meeting, both governments discussed their close cooperation against numerous threats to their countries’ collective security, including with respect to combating terrorism, cybercrime, and illicit finance,” the DOJ detailed, adding:

Both the deputy attorney general and the home secretary committed and agreed to heighten the focus on illicit use of cryptocurrency and ransomware, as well as to continue the dialogue about emerging threats to national security.
Click to expand...

The U.S. government has been trying to combat ransomware attacks. In October, Monaco announced the
Login for hidden links. Log in or register now.
of the National Cryptocurrency Enforcement Team, a DOJ initiative to tackle and prosecute “criminal misuses of cryptocurrency, particularly crimes committed by virtual currency exchanges, mixing and tumbling services, and money laundering.”

In the same month, President Joe Biden said that the U.S. will
Login for hidden links. Log in or register now.
to stop “the illicit use of cryptocurrency.”

FBI Says Ransomware Lucrative Due to ‘Valuation of Virtual Currency’​

In a hearing before the House Committee on Oversight and Reform last week, Bryan Vorndran, assistant director of the FBI’s Cyber Division, noted that high crypto prices are fueling criminal networks and ransomware actors.

The hearing was part of a congressional investigation into multimillion-dollar ransomware attacks on major U.S. companies this year, including Colonial Pipeline Co. and the U.S. division of JBS Foods.

“In the last six months, we have not seen a decrease in the amount of frequency of reporting of ransomware attacks,” Vorndran said, adding:

The U.S. government has recently taken action against some ransomware actors. In September, the U.S. Department of the Treasury
Login for hidden links. Log in or register now.
a cryptocurrency exchange for the first time as part of the whole-of-government effort to counter ransomware. Suex was allegedly “responsible for laundering ransoms.”

National Cyber Director Inglis said last week that Polyanin’s arrest resulted from a collaboration between countries since the arrest occurred when he crossed the border into Poland. “Cyberspace is a borderless terrain, and therefore, as much as they can reach us we can reach them,” he opined, elaborating:

If we bring allies to bear, we can use jurisdiction in places like Poland and Romania to apprehend these criminals and bring them to justice using the courts of law that exists in the West.
Click to expand...

In October, a
Login for hidden links. Log in or register now.
involving Europol, Interpol, and the FBI led to the arrest of two “prolific” ransomware operators allegedly responsible for ransom demands of up to 70 million euros. Cryptocurrencies worth $1.3 million were seized.

What do you think about the U.S. working with other countries to combat the illicit use of cryptocurrency? Let us know in the comments section below.
You must log in or register to reply here.