Physical NFTs? A Glimpse at Spellfire’s Gameplay and New Cards 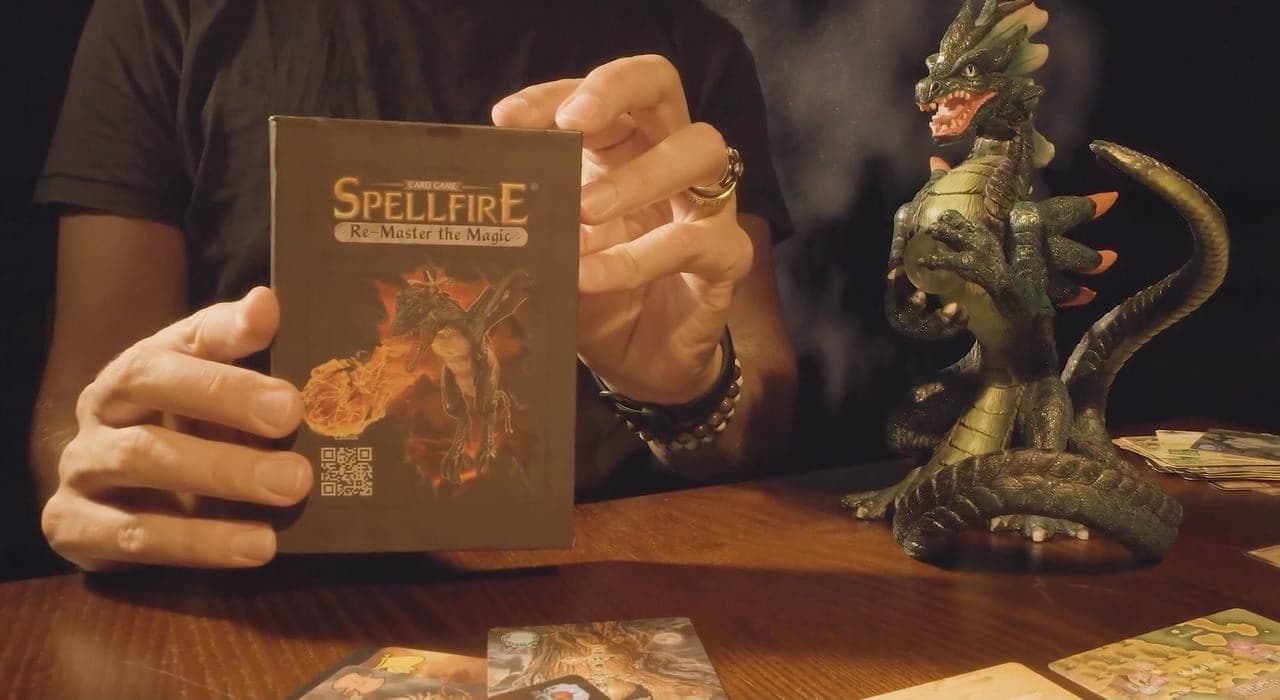 Whether you are an experienced card game player, a fan of collectibles, or just getting into NFTs, Spellfire Re-Master the Magic is a game to keep your eyes firmly trained on.

The creation of a group of crypto developers, Spellfire is a blockchain-based collectible card game (CCG) that finally gives ownership back to its players, in the form of NFT-based cards.

However, they also know that the nostalgic feeling many fans get from physical cards is an essential part of the experience, so the game has been designed to seamlessly blend real-world printed cards with their digital equivalents.

As it stands, Spellfire is a comprehensive package that manages to pack 30 years of history into a CCG fit for the gamers of today. Regardless of whether you feel most comfortable at a tabletop or in front of your monitor, there will be a method of play to call home.

Recent interest in Spellfire has seen its fanbase grow rapidly, and its team now has the happy problem of onboarding hundreds of fans eager to learn more. This week saw the release of the project’s
Login for hidden links. Log in or register now.
, which talked viewers through the basics, from character types to each unique phase of gameplay.

Those interested in building their first deck of cards will be pleased to learn that future plans include the possibility of earning free starter decks by participating in
Login for hidden links. Log in or register now.
community events.

The potential of gaming NFTs is starting to come to fruition. In November, users spent 71% more on NFT game items, and Play-to-Earn games now account for close to 50% of all blockchain activity. Gaming NFTs have now been responsible for a staggering $1.08 billion of NFT trading volume.

This brings us to Spellfires NFTs. In an industry that is constantly shifting, with new developments being witnessed every day, Spellfire’s physical NFTs remain unique in the space.

They are touchable, with each NFT card seamlessly blending its digital form with a physical equivalent. Each cards value and power can be increased by gaining experience in-game and upgrading them with Spellfire’s currency, MAGIC tokens. Finally, special augmented reality cards help to create a unique sense of immersion via spectacular visuals, gestures and voice commands.

The artists have clearly enjoyed the creative freedom they were afforded for this first release, and one can only imagine where they will take things from here. Original NFT Cards have been treated with holographic foil for a final flourish, and the cards are expected to have broad appeal to both gamers and collectors alike.

Spellfire’s NFTs are so much more than digital collectibles. Although it has been built on the technology of today, at its core, it preserves the same feeling that brought in legions of CCG fans in the early ‘90s. Great importance has been placed on retaining the satisfying experience of building a strong deck, implementing a smart gameplan, and outsmarting an opponent in battle.

The team has ensured that there will be no shortage of reasons to keep coming back for more. In addition to the Play-to-Earn features detailed below, players can compete in high-stakes ranked gameplay against highly skilled opponents. By staking their NFT cards and MAGIC tokens, victorious players can take home even greater winnings.

As you would expect from a CCG firmly positioning itself in the Play-to-Earn space, players can expect to generate income from their favorite cards and by playing the game they love.


Although Spellfire is yet to release, development is proceeding at a steady pace. When it becomes available for the public to play, CCG players around the world will have a new game to obsess over, built exclusively with them in mind.

By introducing exciting new gameplay, and unique card mechanics that won’t be found elsewhere, Spellfire is ready to set the world on fire.