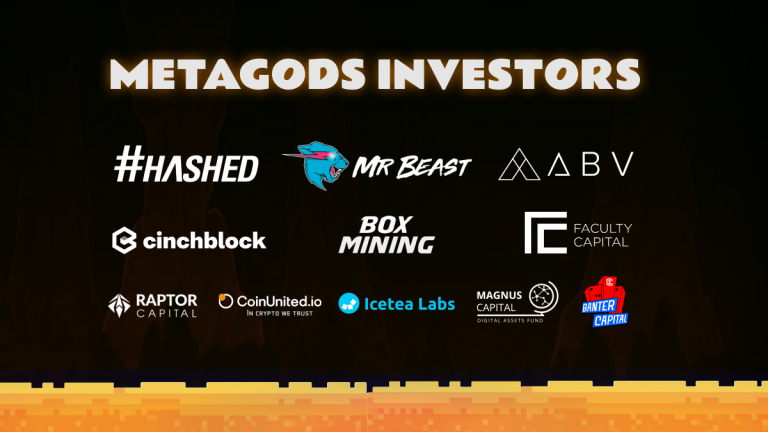 PRESS RELEASE. MetaGods, the world’s first play-to-earn 8-bit action role-playing game built on the blockchain, has raised $3 million USD in funding from supporting investors. Numerous investors and partners have partnered with the initiative to combine blockchain technology and the fast growing gaming sector to revolutionize the world of non-fungible tokens.

MetaGods is the world’s first blockchain-based 8-bit action RPG. Players will be able to build their own avatars based on mythologies and acquire unique characters and skills. In addition to fighting dangerous monsters, the MetaGods blockchain will enable players to trade virtual goods for cryptocurrency – giving them a chance to earn something real from their adventures in a digital world.

This remarkable group of investors has provided MetaGods the lift and industry recognition they require to move forward with their journey ahead. MetaGods will utilize the funds in perfecting their game and developing a well-rounded platform for their community.

Visit MetaGods’ social media channels below to receive daily updates regarding their future updates and developments.

MetaGods is an 8-bit, play-to-earn action RPG where players fight against the gods on the path to ascension. Each character NFT is created by the union of mortals, demigods, and titans. They will team up with each other and fight epic bosses, while slowly becoming true gods themselves.

The game works with a dual token system. The $MGOD and $RELIC are the two tokens of the platform. $MGOD is used as the governance token of the project and can be used to enter special events. $RELIC is an earnable in-game currency that supports the play-to-earn structure of MetaGods.

This is a press release. Readers should do their own due diligence before taking any actions related to the promoted company or any of its affiliates or services. Bitcoin.com is not responsible, directly or indirectly, for any damage or loss caused or alleged to be caused by or in connection with the use of or reliance on any content, goods or services mentioned in the press release.
You must log in or register to reply here.