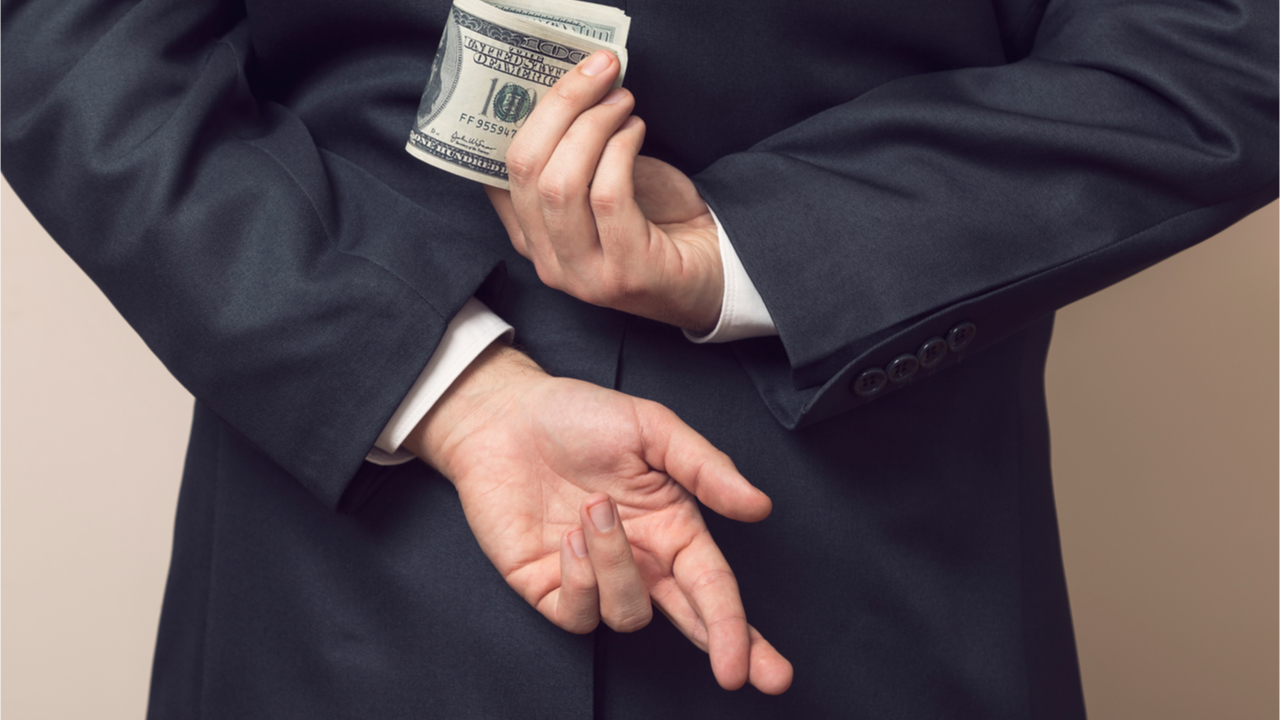 The World Economic Forum (WEF) has released its latest report on “digital currency governance” this month, addressing stablecoins, cryptocurrencies, and “barriers to financial inclusion.” Like most central banks, regulators, think tanks, and politicians, the WEF publication gives lip service to the power of crypto, but never addresses the elephant in the room: instead of actual access to the utility cryptocurrencies already freely provide, the “unbanked” and impoverished individuals of the world are forced to use a co-opted, fiat 2.0.

‘Financial Inclusion’ and ‘Sensible Regulation’: Freedom for Me, Compliance for Thee​

According to the World Economic Forum’s November 2021 White Paper Series
Login for hidden links. Log in or register now.
“What is the Value Proposition of Stablecoins for Financial Inclusion”:

Financial inclusion is a complex global problem that existing systems
and offerings have so far failed to solve.
Click to expand...

Financial inclusion is not really that complex, but existing systems most definitely are failures. The current paradigm of centralized economic control and central bank
Login for hidden links. Log in or register now.
has so far failed to help those who need economic freedom to survive and thrive the most. An admission from the horse’s mouth, then, if you will. In order to change these old, broken systems, the solutions presented by politicians are always the same: more of the exact same economic dysfunction that created the chaos in the first place.

There’s no denying that access to reliable financial services and sound money is an issue plaguing billions of people on this planet. Considering the foundations of fiat currencies themselves, it can be rightly said that the entire global population (aside from those few at the top of the Ponzi scheme fountain of coercive, centralized
Login for hidden links. Log in or register now.
) suffers from a lack of access to fair, secure, and sound financial services, markets, and opportunities.

The simple (and sadly, still “controversial”) reason for this is that there are ultimately two classes of people: those who think violence against the non-violent is required for economic order, and those who
Login for hidden links. Log in or register now.
in markets. The simple solution is to let individuals own their own money and stop robbing them with taxes and inflation. 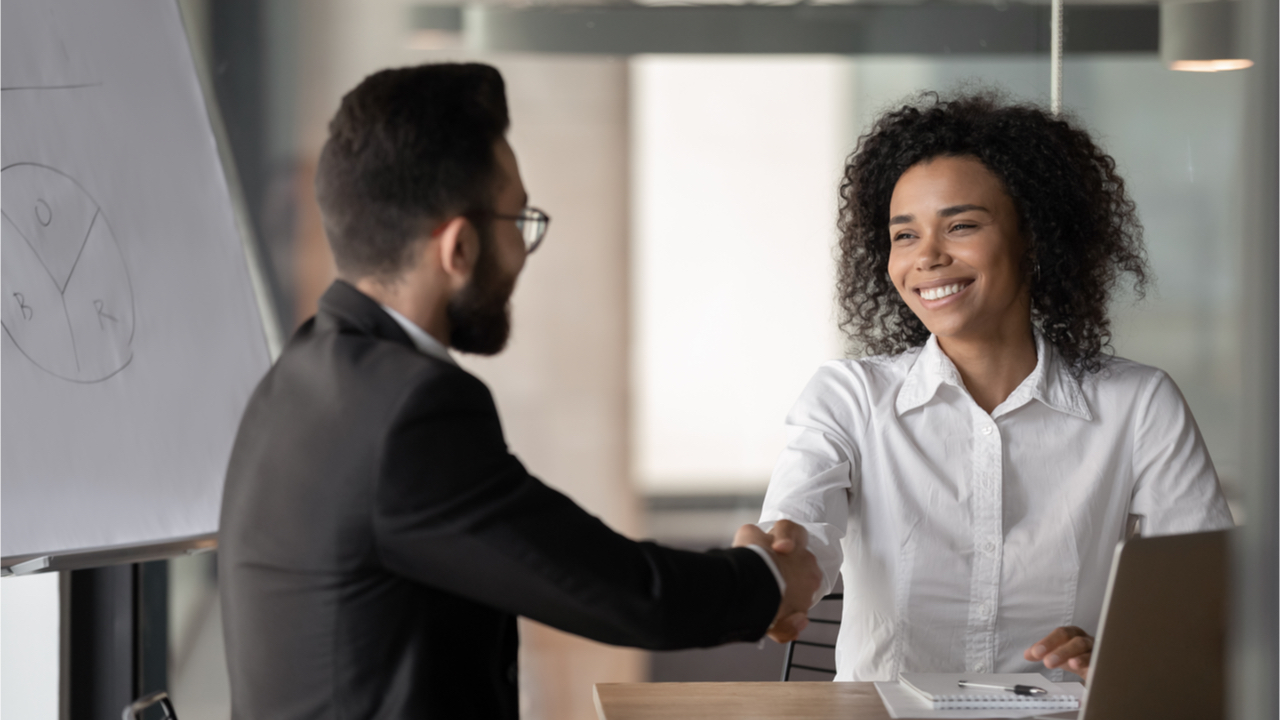 The former group of people (pro-violent economic interference) incessantly parrots the same lines when it comes to cryptocurrencies. It’s the sort of repetitive, wide-eyed propagandizing one might expect to hear at a holy roller tent meeting, or in some fringe cult, but not from any level-headed economist:

“Bitcoin is used mainly for illicit activities and crime.” Of course this is not only statistically false, but compared to fiat currencies like the U.S. dollar, the state is by and far the winner in the “funding-crime” competition. This is common knowledge by now, and so well-documented one is left to conclude that either these regulators are blindingly stupid, or lying.

“We need to foster an atmosphere of trust.” That is, trust in the very same financial institutions and political entities that have consistently — and over decades and centuries — proven themselves to be untrustworthy and even malicious.

Then there is the blatant hypocrisy, also reminiscent of a cult, where these perceived leaders give lip service to high humanitarian values and virtues, like “financial inclusion,” but never live them out in practice, and never lift a finger to help the poor. 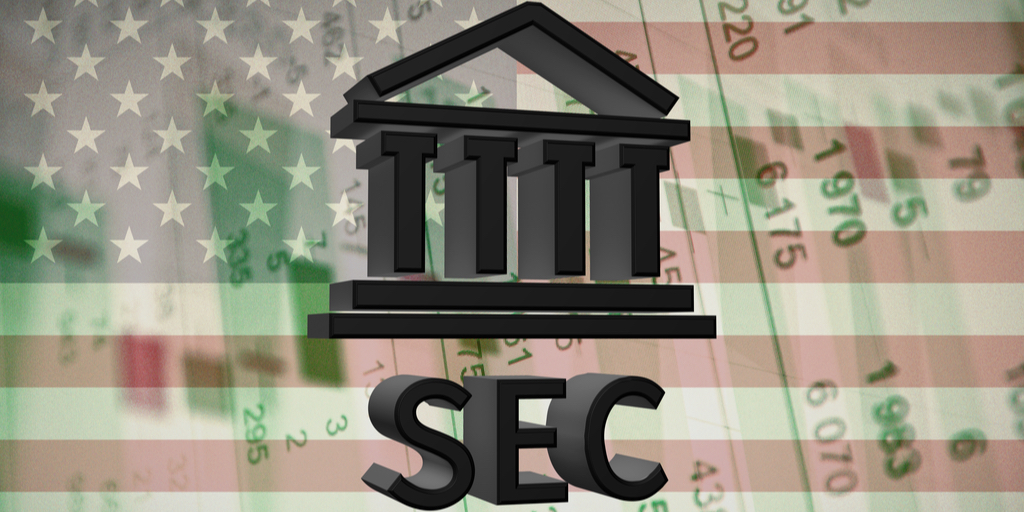 Likewise, centralized exchanges and financial institutions kowtow to regulators, making it impossible for folks who could once access and trade crypto without an ID, and without threat of being jailed, to reap the benefits of the tech. This is especially true for impoverished areas, which we will touch on below.


“A purely peer-to-peer version of electronic cash would allow online payments to be sent directly from one party to another without going through a financial institution.”


And they do not wish to. Even to the most forward-thinking statist, there is a ruling class and a servant class. In India masses of individuals are currently waiting on the decisions of strangers in parliament to determine
Login for hidden links. Log in or register now.
. It doesn’t matter if they approve of the final decision or not. Or if they support the state. The law will be forcefully applied to them under threat of violence. Same in the U.S. Same in Europe. Same everywhere. How very inclusive and innovative.

Buzzwords like “financial inclusion” and “banking the unbanked” are used, then, to co-opt a technology that is
Login for hidden links. Log in or register now.
and does not require violent interference from the state.

Still, the bizarre prescription from central banks remains: Use central bank digital currencies (
Login for hidden links. Log in or register now.
) or pre-approved crypto from a state-licensed exchange. You may do whatever you like in complete freedom, as long as we define it.

The
Login for hidden links. Log in or register now.
raises two key points in the section titled “Special characteristics of stablecoins for financial inclusion.” Namely, that “Stablecoins (and cryptocurrency) may side-step issues related to consumer mistrust in traditional financial services,” and that they “may uniquely provide digital financial accounts that malicious or untrustworthy actors cannot steal from.”

Clearly proponents of economic freedom, and Satoshi Nakamoto himself, have been aware of point two. That was the
Login for hidden links. Log in or register now.
in the first place. There is no need for a trusted third party to foul things up in one’s transactions anymore. Of course, WEF manages to mangle even this simple point by qualifying the unparalleled security and safety crypto brings:

That said, for many end-users today, the overall risk of losing funds through user error, or through financial or technical problems with the digital currency issuer or wallet, is likely to be higher with stablecoins (and cryptocurrency) than with accounts held at regulated financial institutions or providers.
Click to expand...

This of course ignores the wide range of non-custodial solutions that currently exist for backing up wallets, storing seeds and passwords, and even holding crypto via joint wallets or smart contracts that function as a bank, without the compromise in privacy and trust required for legacy banks. And, if the issue is a risk of losing funds, perhaps it’s good to look at the undisputed grand champions in the contest of losing money: governments. And that will lead us back around to the first point raised by WEF. There is no need to repair trust with governments that will
Login for hidden links. Log in or register now.
and stifle assets they force people to trade with. They should most definitely never be trusted.

As late, then-U.S. secretary of defense Donald Rumsfeld
Login for hidden links. Log in or register now.
about department of defense accounting systems in 2001:

Our financial systems are decades old. According to some estimates, we cannot track $2.3 trillion in transactions. We cannot share information from floor to floor in this building because it’s stored on dozens of technological systems that are inaccessible or incompatible.
Click to expand...

If one thinks this centralized ineptitude and inefficiency doesn’t apply to central banking and treasury systems as well, one would be mistaken. Obviously,
Login for hidden links. Log in or register now.
of dollars from thin air to shore up an economy destroyed by the same reckless policies is a fool’s game — and literal counterfeiting scam — but beyond that, there’s plenty of proof blind trust equates to disaster.

All this in view, it is unclear why any sane market actor would trust the same institutions anymore, where there is a better solution, and where security, order, and governance are still possible, but based on verification and not trust — a level playing field created by mathematics and decentralized systems, not politicians. 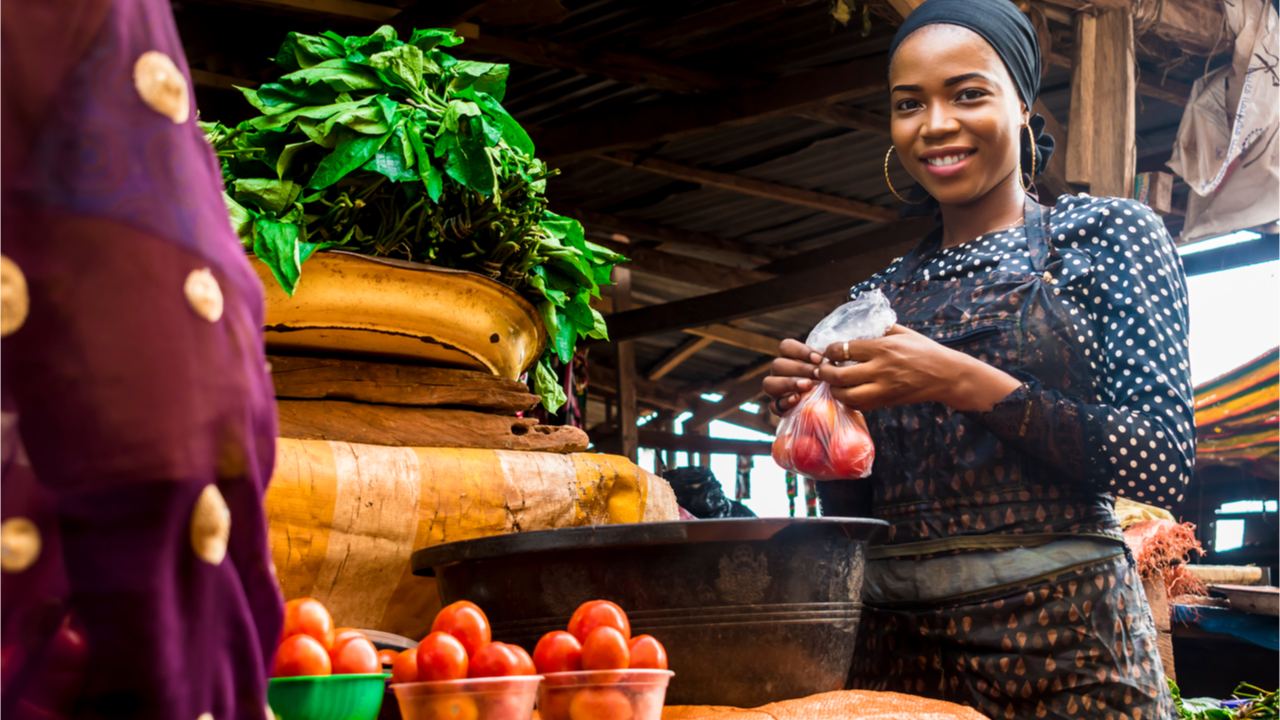 In Africa, crypto’s practical utility is on display already, as individuals in countries like Zimbabwe, Nigeria, and Kenya leverage the sound economic principles and efficiency of private digital assets to preserve value and send cross-border payments. Their own centralized fiat systems have failed them immensely, and continue to do so.

In Nigeria, for example, instead of looking squarely at the reality of trade on parallel markets, the central bank is arbitrarily assigning unrealistic, official valuations to the fiat currency, shunning crypto users, and pushing an IMF-associated CBDC known as the e-naira. If inclusion is truly the goal, it should be asked why central banks in these struggling regions exclude the crypto sector and stifle innovation. Especially when it’s helping people in need to live and thrive, right now. As financial service Kurepay’s CEO Abikure Tega recently
Login for hidden links. Log in or register now.
:

Due to this recent clampdown which we find difficult to understand considering that Nigeria is not a lawless country, Kurepay, Africa’s foremost social payment app for cryptocurrency & fiat — is announcing the suspension of business operations in Nigeria.
Click to expand...

Economic Governance Does Not Require a State​

This article likely has some asking: “But who will make the rules?” To which I reply with the question: “Does each transaction you make in the crypto economy, or on the blockchain, require the oversight of centralized law enforcement to make it reliable?” The issue of
Login for hidden links. Log in or register now.
based on objective reality and consent — and not arbitrary statist violence — is a critical one, but is somewhat beyond the scope of this writing. That said, crypto has already shown us that business can be done much easier where trust is not compulsory, and verification goes both ways — not just the serfs presenting their KYC papers to mysterious rulers in shadowy banking edifices.

Crypto is said to be full of scammers and risks. While that may be true, it doesn’t begin to compare to the greatest rug-pull of all time — hands-down — which is when the state took the power of money from the individual. Central banks suffer virtually no consequence for fraud, theft, or damages. The paycheck is guaranteed from your taxes. Unlike that restaurant on the corner, which if they poisoned someone would face severe market consequences, the state has made itself the market, and the arbiter of justice, albeit an artificial and violent one. Blockchain, however, is just math, and sound economics gives no quarter to wacky religions, which is why regulators fear things like bitcoin, and must resort to violence. 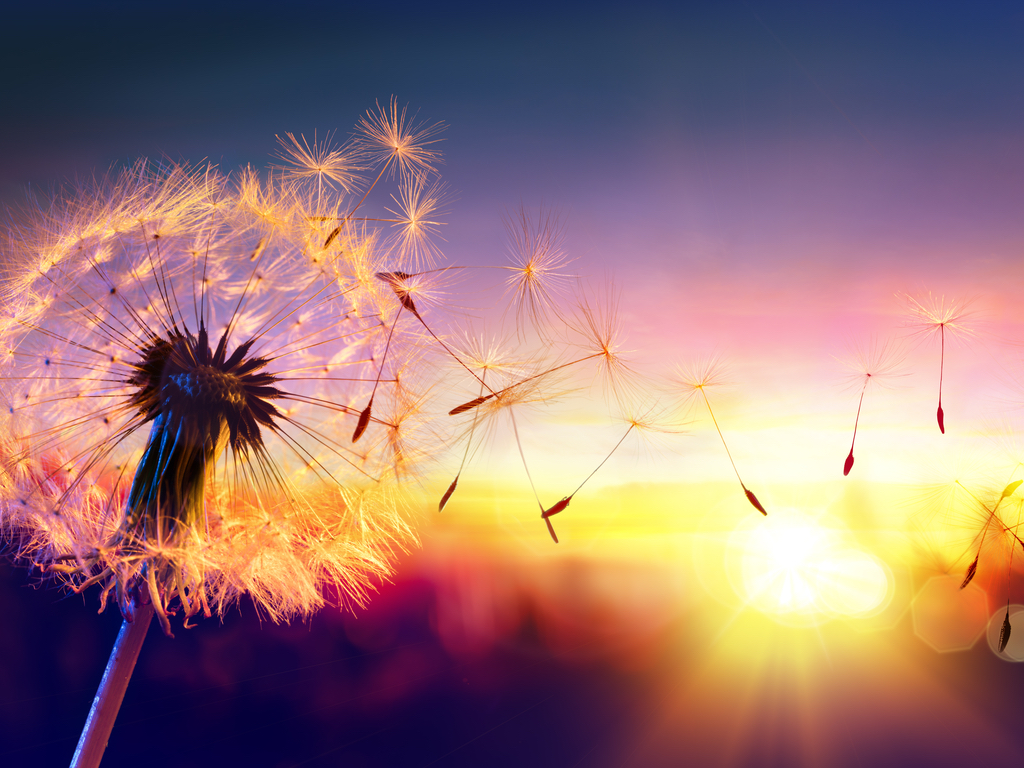 Around the world, central banks, financial regulators, and think tanks are aping the same mantras from their ivory towers to the struggling masses: “We are working for you.” “We want everyone to have access to these innovative financial systems and opportunities.” But what they do is make the solutions crypto provides either impossible to efficiently access, or outright illegal.

The truth of the matter is quite simple. This is not about financial planners rallying behind financial inclusion. Rather, it is just the opposite. The self-appointed leaders of the dinosaur systems and institutions of the world are petrified because individuals are now waking up to new possibilities in money via crypto, and they know soon they may be financially irrelevant, themselves completely excluded from the new, freer paradigm being built.

What are your thoughts on financial inclusion? Let us know in the comments section below.
You must log in or register to reply here.