Elon Musk Says Bitcoin Suitable for Store of Value, Dogecoin for Transactions as Time Names Him Person of the Year 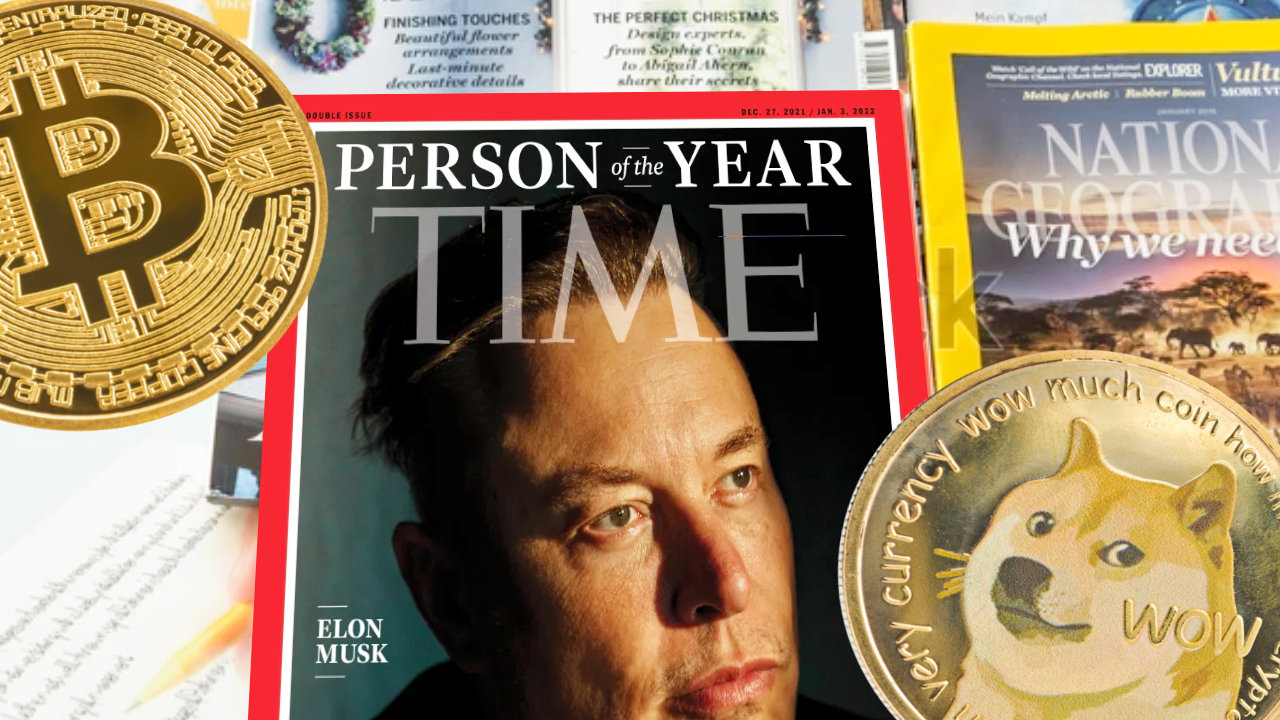 Tesla CEO Elon Musk, who has been named Time Magazine’s Person of the Year, says bitcoin is suitable as a store of value while the meme cryptocurrency dogecoin is more suitable for transactions. “Even though it’s created as a silly joke, dogecoin is better suited for transactions,” Musk said.

Time Magazine’s Person of the Year Says Bitcoin Suitable for Store of Value, Dogecoin for Transactions​

Tesla and Spacex CEO Elon Musk, the richest person in the world, has been named Time Magazine’s “Person of the Year” for 2021. During an interview with the magazine, published Monday, Musk talked about cryptocurrencies bitcoin (
Login for hidden links. Log in or register now.
) and dogecoin (DOGE).

“For nearly a century, Time has named a Person of the Year — the individual or group who most shaped the previous 12 months, for better or for worse,” CEO Edward Felsenthal explained. “Person of the Year is a marker of influence, and few individuals have had more influence than Musk on life on Earth, and potentially life off Earth too,” he added. Musk’s net worth is more than $300 billion.

“I played a significant role in creating Paypal so my understanding of the money system at a fundamental level, how it actually works, the detailed mechanics of it — I think there’re very few people that understand it better than me,” Musk began.

The Tesla CEO then suggested that bitcoin is unsuitable for payments. “The transaction volume of bitcoin is low and the cost per transaction is high,” he said, emphasizing:

It is, at least at its base level, suitable for maybe a store of value.
Click to expand...

While reiterating that “Fundamentally, bitcoin is not a good substitute for transactional currency,” Musk proceeded to talk about dogecoin (DOGE).

The Tesla boss has long been a proponent of the meme cryptocurrency. He is even known in the crypto community as the Dogefather. He previously revealed that he personally owns dogecoin, bitcoin, and ether. His companies – Tesla and Spacex – however
Login for hidden links. Log in or register now.
.

The Tesla
Login for hidden links. Log in or register now.
said in the interview with Time Magazine:

Even though it’s created as a silly joke, dogecoin is better suited for transactions.
Click to expand...

The CEO of Tesla and Spacex continued to explain about dogecoin. “It is slightly inflationary but that inflationary number is a fixed number as opposed to a percentage,” he described. “That means over time its percentage inflation actually decreases and that’s actually good because it encourages people to spend rather than sort of hoard it as a store of value.”

Do you agree with Elon Musk about bitcoin and dogecoin? What do you think about him being Time Magazine’s Person of the Year? Let us know in the comments section below.
You must log in or register to reply here.