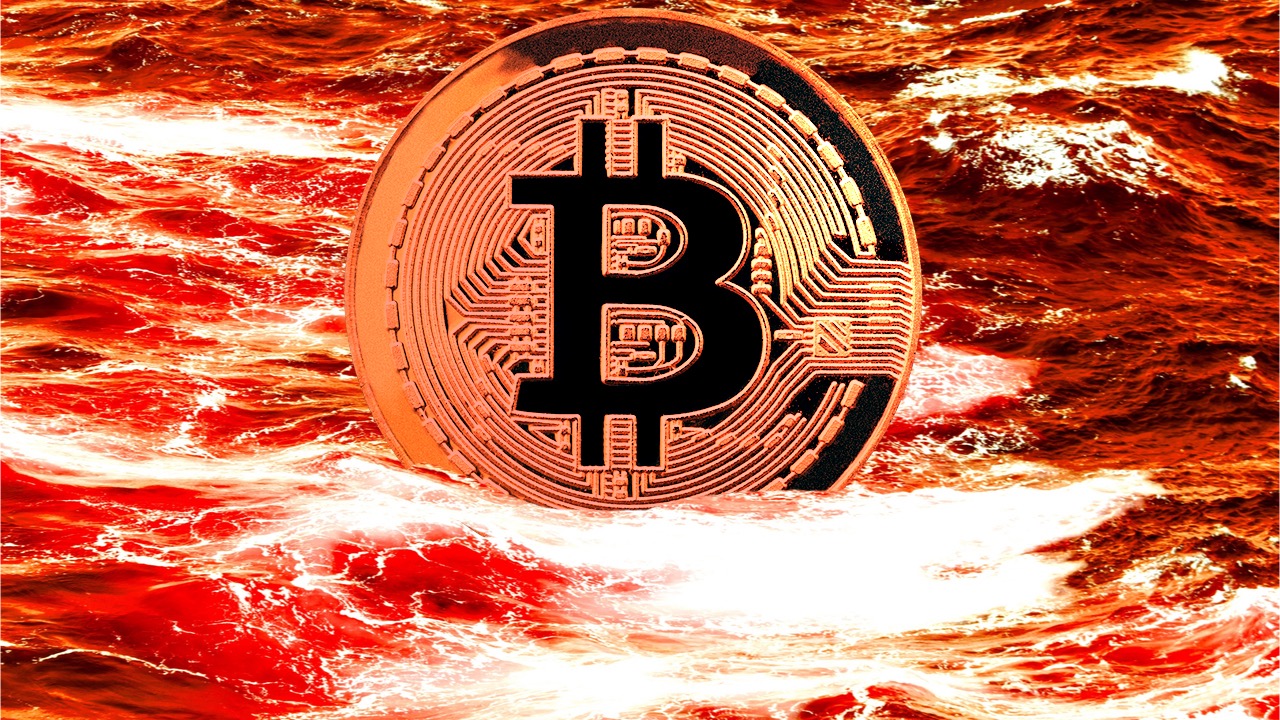 The crypto asset economy has been down in value over the last week as a great number of digital currencies shed significant amounts. The entire crypto-economy is down under the $3 trillion mark, hovering around $2.7 trillion across 10,970 cryptocurrencies. Bitcoin dominance is just above the 40% region while ethereum’s market commands 18.4% of the crypto economy on Monday.

Digital currency markets have seen better days and on Monday, November 22, 2021, bitcoin (
Login for hidden links. Log in or register now.
) is down 9.7% during the last seven days. At press time, a single bitcoin is exchanging hands for just above the $58K per unit zone and the asset has a market valuation of around $1.11 trillion. Ethereum (
Login for hidden links. Log in or register now.
) has lost 7.4% this past week and is currently swapping for under $4,300 per ether. The biggest loser out of the top ten market caps this week was polkadot (DOT) with a 12.3% loss. Solana (SOL) lost the least amount of value dropping 6.7% and avalanche (AVAX) entered the top ten standings gaining 41.0% this week.

In a note sent to Bitcoin.com News, Etoro’s market analyst Simon Peters explained that there were a few factors that may have contributed to the market’s downward drop. “Bitcoin and a host of other crypto assets fell precipitously last week, with a few possible factors in play,” Simon Peters said. “Firstly, the Taproot upgrade to the bitcoin blockchain created uncertainty in the investor community. Perhaps the most important upgrade in the past four years for the network, Taproot was meant to streamline the crypto asset’s transactions, making them faster and cheaper. Upgrades of this nature can cause short-term uncertainty as investors hold fire to see what will happen to the network,” Peters added.

Also affecting price levels recently is the U.S. infrastructure bill. The bill, led by President Joe Biden, could see companies subjected to stricter rules around the reporting and handling of crypto assets, and this has fed into further investor uncertainty. Finally, with bitcoin and other crypto-assets having reached fresh all-time highs, there was always likely to be a measure of profit-taking from investors which then translates into price weakness. Both bitcoin and ethereum go from strength to strength, and the ups and downs of the market are a part of this story.
Click to expand...

Alex Kuptsikevich: ‘Bear Market Would Be a Capitalization Drop Under $2.38 Trillion’​

Alex Kuptsikevich, the Fxpro senior market analyst, detailed in a morning crypto market analysis that bitcoin (
Login for hidden links. Log in or register now.
) markets are bearish. “The technical picture for bitcoin is on the bearish side,” Kuptsikevich explained to Bitcoin.com News.

“After Friday’s technical rebound, the first cryptocurrency hit resistance at the weekend in the form of the 50-day moving average and the 76.4% retracement level from the September-November rally. Stronger selling from this level suggests a short-term trend reversal and a set-up for a deeper and longer correction,” Kuptsikevich added.

The first marker of a bear market would be a capitalisation drop under $2.38trn, which is 8% below current levels. For Bitcoin, such a level is near $55k, representing a 20% drop from the peak, a return to the highs of September, and 61.8% of the last rising momentum. An overcoming of these levels would signal a further drawdown of 20-30%.
Click to expand...

“According to data from Huobi Global,
Login for hidden links. Log in or register now.
fell quickly to the $57,500 position during daytime and was hindered,” the Huobi Group analyst noted on Monday. “Looking at the 4h K-line, the three EMA lines are descending at different ranges, and the slope of EMA5 is the largest, implying that the downtrend of price is gradually obvious. Changes of price [went] smaller today and trading volume has returned to normal levels.”

What do you think about the crypto market outlook this week? Do you think the market looks bearish or do you think markets are still bullish? Let us know what you think about this subject in the comments section below.
You must log in or register to reply here.
Share:
Facebook Twitter Reddit Pinterest Tumblr WhatsApp Email Share Link
Top Bottom